NEM was once among the top 10 on coinmarketcap. Since the all-time high of 2.04 USD in January 2018, NEM has slipped to the 30th place. The developers took far too long to deliver the promised second-generation blockchain platform under the code name “Catapult.”

“Announcing a blockchain is easy — but it’s very difficult to create a working, reliable and accepted solution that meets the needs of businesses and government agencies,” co-founder Jeff McDonald said in a recent interview. This was to illustrate the complexity of the mission.

NEM has successfully launched the social mining platform NEM HUB in cooperation with DAO Maker.
The HUB allows the community to contribute to the project with contributions and activities at their own discretion.
To qualify for participation, staking of at least 4.000 XEM is required.
The community contributions and activities are evaluated by the community and HUB admins in a voting process.
The monthly budget for NEM HUB is at least $10.000 in the cryptocurrency XEM. The payout takes place weekly.

The delay in delivery by “years” has unsettled investors and the community and led to disinterest. NEM has had turbulent years, the company’s management and organization has been restructured several times — most recently this year. But in the end — what lasts long will often be good. The Catapult project has been renamed Symbol and is now in the final phase before market launch. The information published so far is promising.

The Symbol platform is focused primarily on professional users and provides companies and developers with the tools they need to develop and integrate reliable technology rapidly. A mixture of Hyperledger and Ethereum, an ecosystem that allows, among others, to create hybrid blockchain solutions and products.

What does the community have to do with this, and what potential does the HUB offer? Behind the HUB is the white label software of DAO Maker, called Social Mining and known from crypto projects like LTO Network (LTO), Elrond Network (ERD), AVA Labs (AVAX) and many more. The software is mainly used to create, manage, and directly integrate the community with the respective blockchain project. As an early generation blockchain project, NEM has a global network of supporters (NEM is older than Ethereum!), which must now be reactivated and reunited.

The official launch of NEM HUB was on July 15 after a short start-up phase and was particularly well received by the loyal core communities from Japan and Russia. The HUB is not only the community’s direct connection to NEM but also the interface between the communities themselves. Until now, both existed independently of each other without mutual interaction. The language and cultural barriers were far too great. It should also be mentioned that NEM has entrusted the administration of the HUB to DAO Maker.

As the developer of the software, the team, which has already built up communities of LTO, Elrond, and AVAX, has all the know-how of vertical growth when it comes to marketing and community building. NEM has provided a budget of 5,000 USD in the native cryptocurrency XEM for the first month and has already increased 10,000 USD in XEM.

Participation is easy: register, then stake 4,000 XEM (approx. 195 USD, as of 07/28/20) in the wallet and get started. Staking is used to exclude bounty hunters acting at short notice and distributing the reward to the local community. Everyone has the possibility to support the project via NEM HUB. No matter if it is infographic design, video review, translation, memes, podcasts, tweets, dedicated articles, or just sharing NEM content on social media. All contributions are evaluated on the platform by the community and admins. Additionally, there are admin tasks or campaigns to achieve marketing, PR, or technical goals.

Whoever holds more XEM gets more voting rights. Whoever receives more votes, ranks better, and is rewarded higher. The most active and highest rated users get the most payouts. Quality before quantity, bad players get negative votes and go away empty-handed. While in the starting phase, the Admins' presence is high, but this should decrease over time, and the HUB is transformed into a DAO ecosystem, where the community gains the upper hand.

NEM gets more attention, which could pay off

NEM prepares for the symbol launch in winter. The Marketing, Trading, and BizDev departments promise top-class results. DAO Maker is also on board. Each XEM holder will receive XYM, Symbol’s cryptocurrency, in a 1:1 ratio. It is speculated that XEM’s price is expected to rise as a result — as soon as the information becomes more widely available in the crypto community. It is important to note that both chains are being developed further — for different target groups and needs. There will be no fundraising or token sale for Symbol (XEM). NEM will completely finance the development. All XYM offers on the market are a fraud.

The registration is free of charge. The stake of 4.000 XEM is the only condition for participation. The cooperation agreement between DAO Maker and NEM was concluded for the HUB for 12 months. It might be worthwhile to join and give a new added value to your XEM.

I share more intimate thoughts in a monthly newsletter that you can check out here. Please let me know in a comment and join me on various social media platforms:

WHATEVER YOU DO, DO IT WITH LOVE AND PASSION! 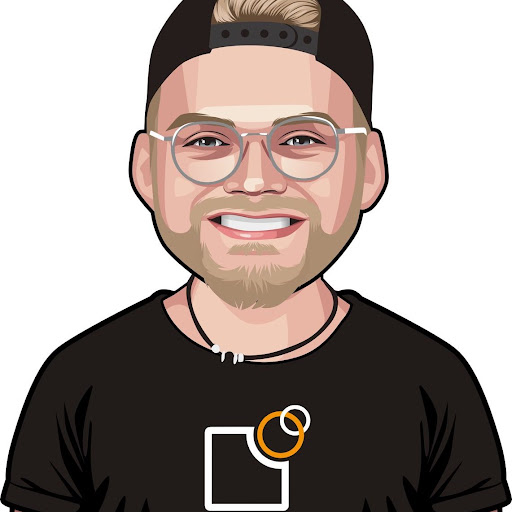